Skip to Main Content
It looks like you're using Internet Explorer 11 or older. This website works best with modern browsers such as the latest versions of Chrome, Firefox, Safari, and Edge. If you continue with this browser, you may see unexpected results.

This guide provides sources that include books and links to articles and videos about the Freedom Day School Boycott that occurred in New York City on February 3, 1964, to protest school segregation 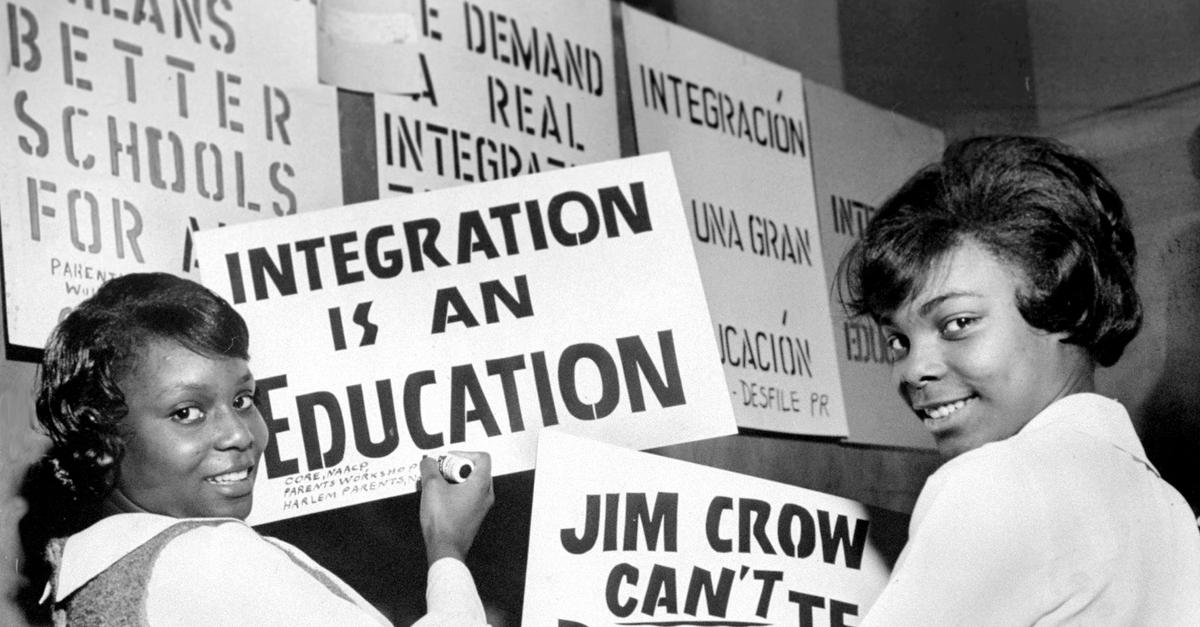 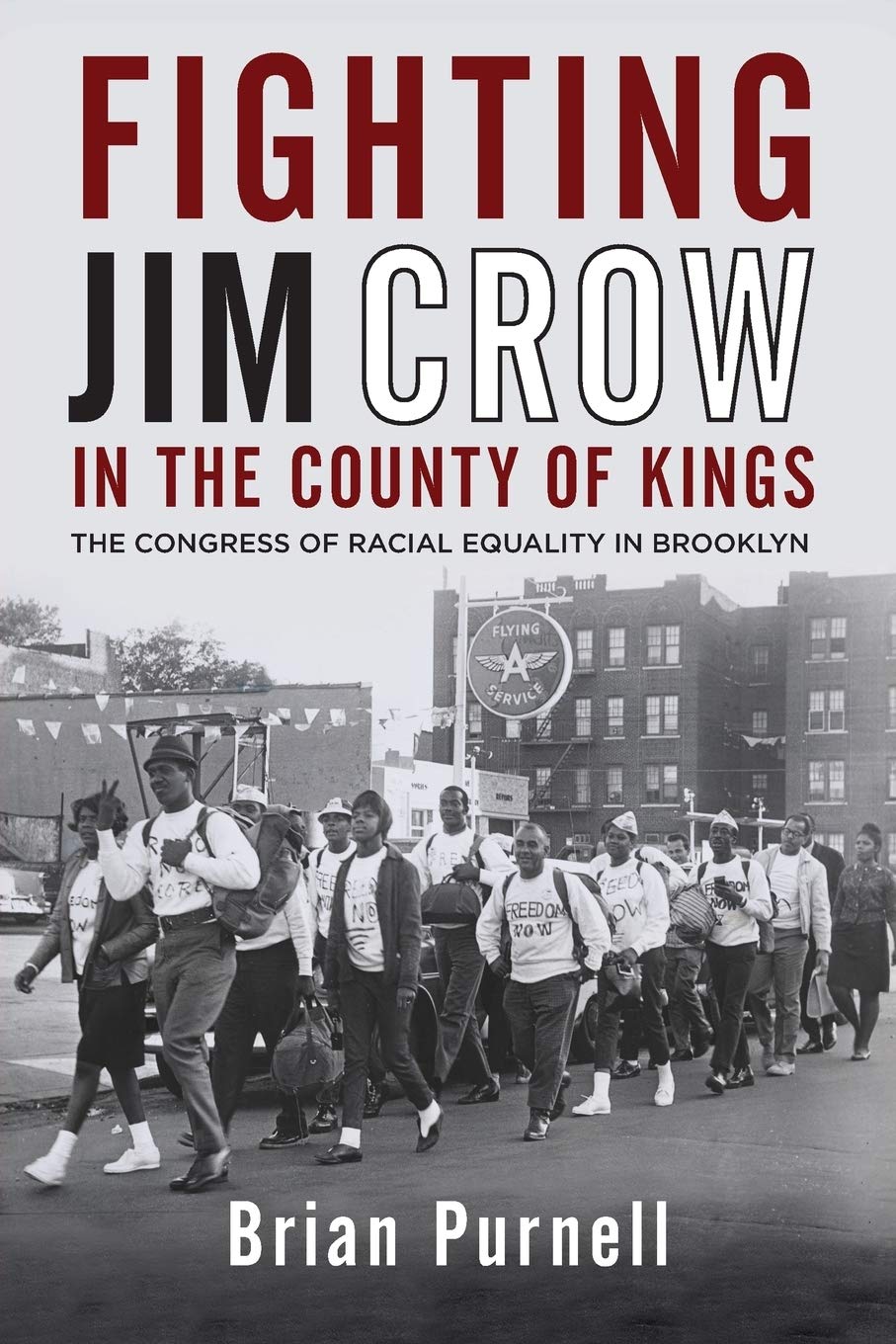 Brian Purnell, Fighting Jim Crow in the County of Kings: The Congress of Racial Equality in Brooklyn (Lexington: University of Kentucky, 2015.) 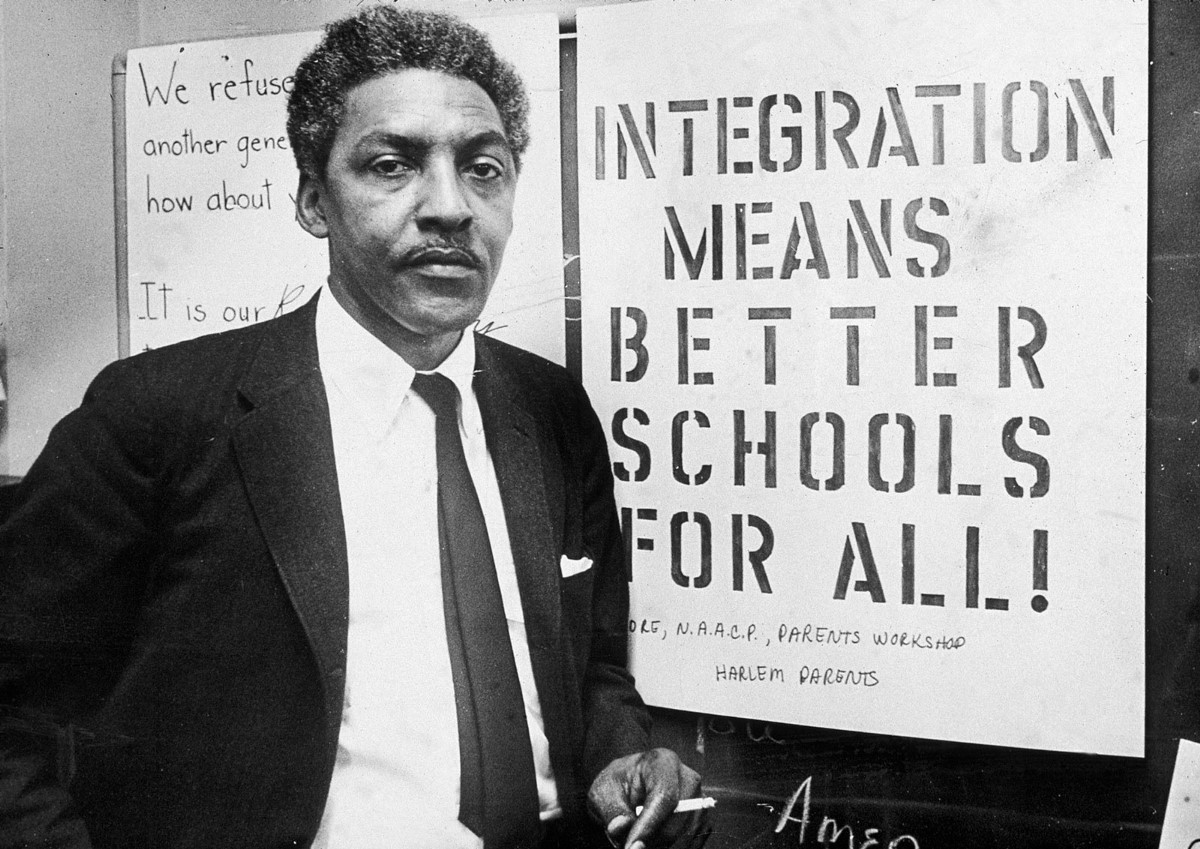 Baynard Rustin was a long time civil rights activist who directed the Freedom Day Boycott of 1964, as well as the March on Washington in 1963. 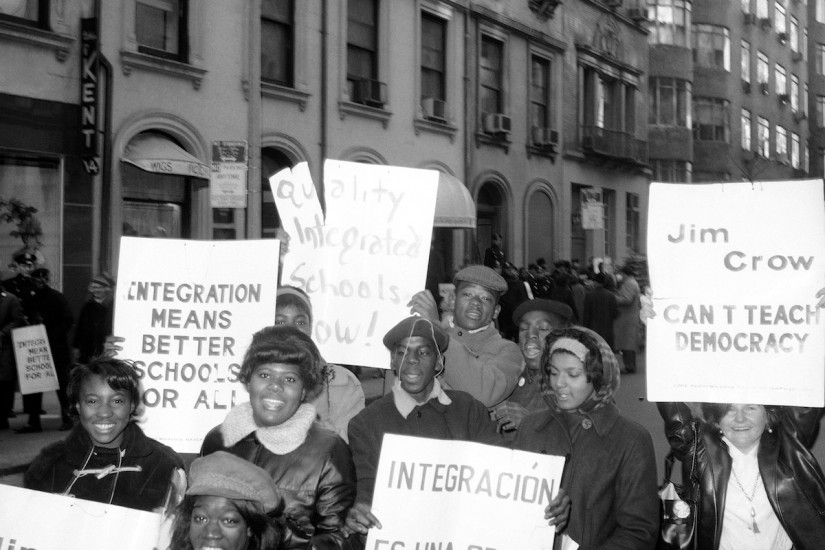 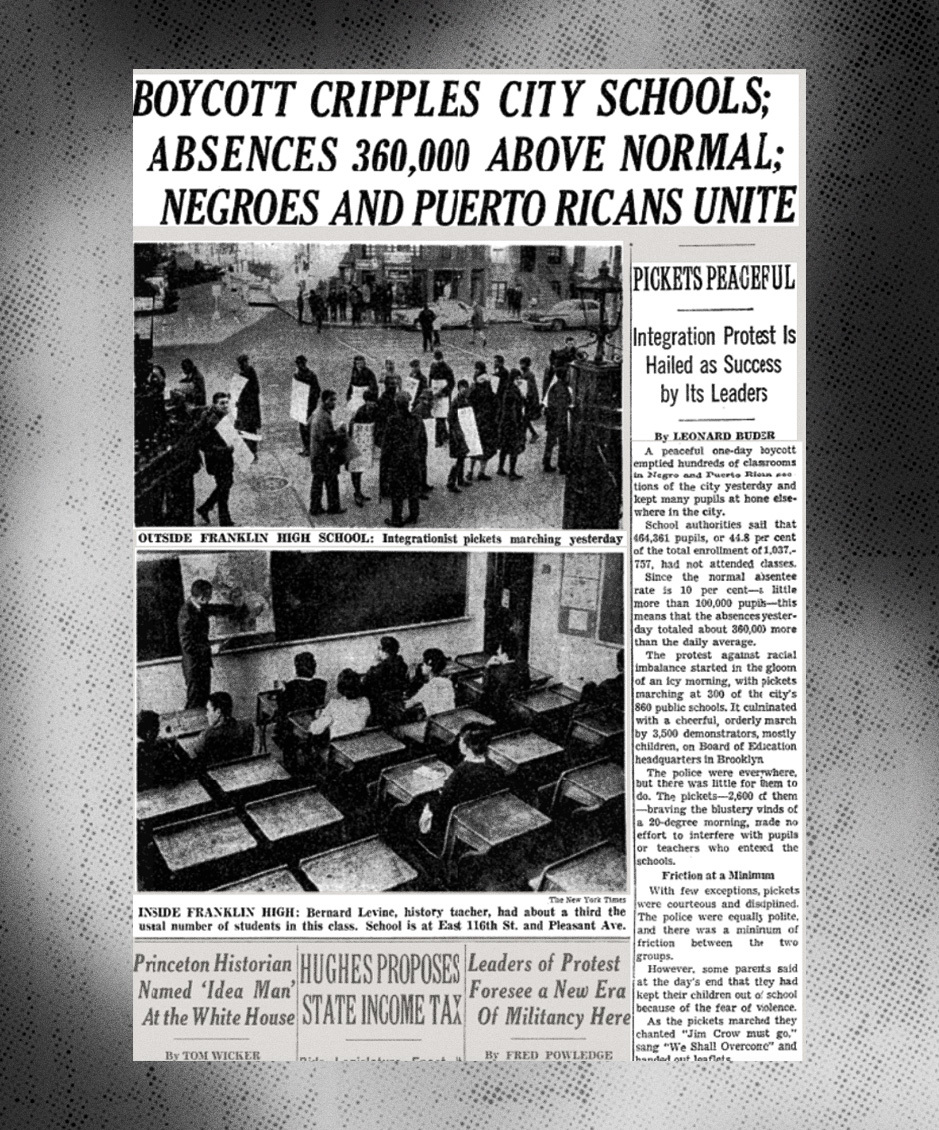 The goal of the Freedom Day Boycott was to target the Board of Education through acts of civil disobedience.  The demonstration in New York followed the smaller 1963 Chicago School Boycott.   While school segregation was illegal in New York since the 1920s, schools remained segregated and unequal.  Black and Latino children received inferior education.  Three years prior to the Boycott, there was a plan released for integrating schools over three years.  The plan called for improving the quality of schools  serving Black and Latino students and reducing overcrowding.

The Freedom Day Boycott took place on February 3,1964 in New York and was led by Reverend Milton Galamison who organized and chaired the Citywide Committee for Integrated Schools.  On this day, 45 percent of all of New York City students stayed out of school during the boycott, and an estimated 464,361 students and teachers participated in the protest, making it one of the largest civil rights demonstration of the 1960s. 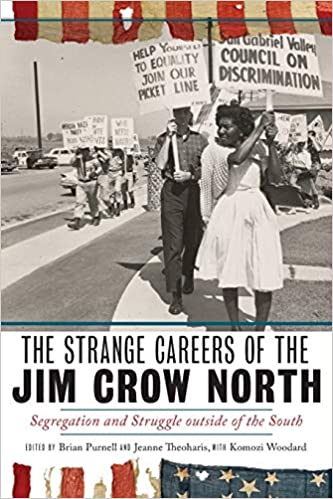 While the boycott failed to achieve immediate reforms in New York City schools, it can be considered an important step to creating a more fair and just society.  Even though the boycott was a major event in the history of civil rights during the 1960s, it is still absent in many US history text books. 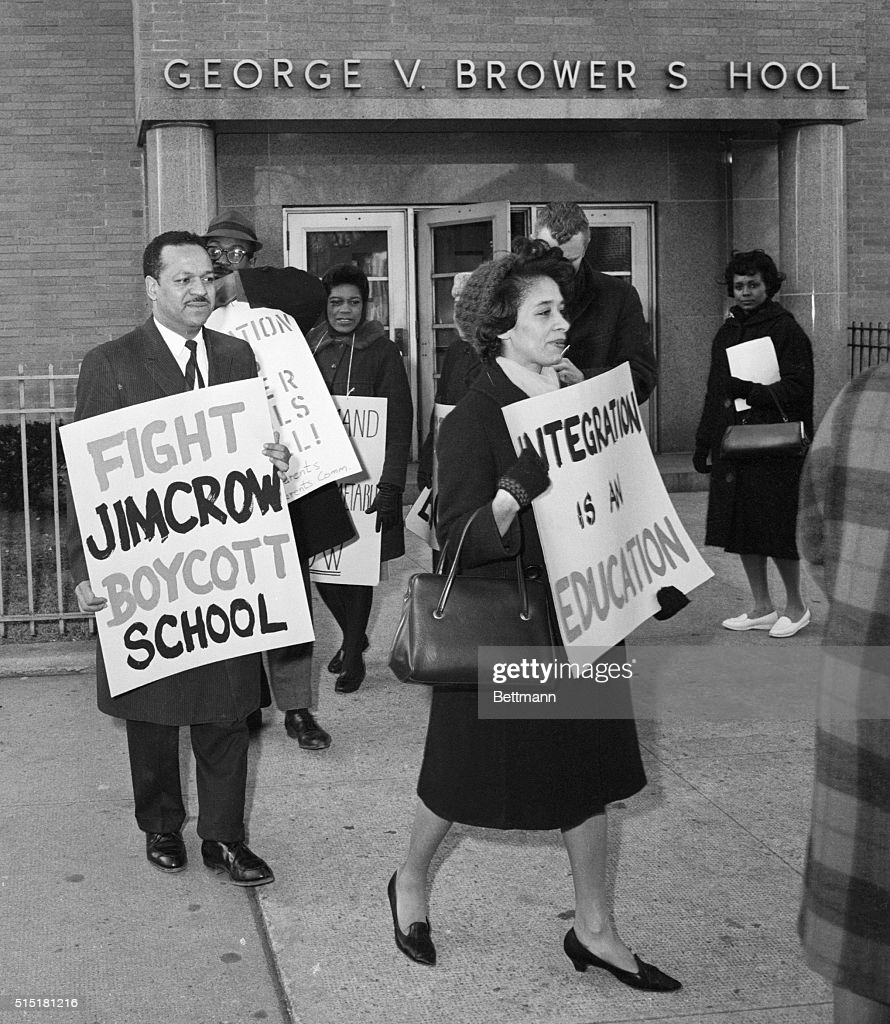 Milton Galamison was a community activist who championed integration and education reform in the New York City Public School System.  He organized the 1964 Freedom Day School Boycott in New York, and was elected to the chair of the education committee of the Brooklyn Branch of the National Association for the Advancement of Colored People (NAACP) where he advocated for improving working class Black and Puerto Rican students.